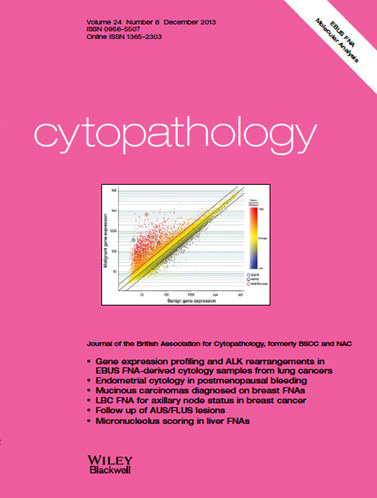 This month two articles from the same centre in London, both using EBUS-FNA cytology samples for molecular analysis, are selected as Editor’s choice for December and January. The first, by Lee et al., is a feasibility study of RNA integrity and extraction of samples for gene expression profiling. Samples included non-small cell lung cancer (12 of 29 cases), metastases, lymphoma and non-neoplastic lesions. The authors concluded that GEP could provide molecular signatures of tumours facilitating targeted therapy. The second article, by Neat et al., found that FISH was superior to immunocytochemistry for demonstrating ALK-rearrangements, which could co-exist with KRAS mutations.