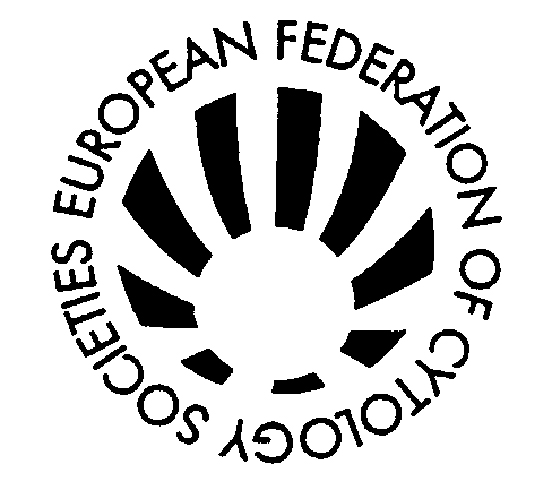 Title I: Function and aims

The organization’s main objects, as formulated in Art. 3 of the statutes are to promote professional training of both medical and non-medical cytologists and to promote the status and eminence of cytology.

In order to promote high quality of cytodiagnosis the organization may set standards for certification of professionals and laboratories as far as such standards have not been set by national bodies. Continuing education may be advanced through the organization of workshops, tutorials and congresses.

Only active members have full membership including the right to vote at the General Meeting. Their nomination, rights and duties are described in the statutes Art 5, 6, 7,8,9 & 10.

Affiliated members non-European national societies (AMNE) only benefit from the activities of the non-profit organization. They have the right to have one non-voting delegate as advisor at the Annual General Meeting. They are eligible as host for a Workshop, Tutorial or Congress. They must pay the same annual dues as the European national affiliated members, and equally lose their rights and recognition when in arrears of two years of membership fees.

Supporting members (Art. 7of the Statutes) are eligible by the Board of Directors. They have neither right to vote nor to be present at the Council meetings. They will be considered as official sponsors of the EFCS and will be adequately mentioned on the website.

Affiliated advisory members (Art. 7of the Statutes) are appointed by the Board of Directors for a specific well determined task and mandate. They can be eligible as Chair, Co-Chair or member of a committee as described below (Title III). They are entitled to claim reimbursement of expenses related to their task for EFCS.

Honorary affiliated members are elected by the Council on nomination by the board of directors and based on their eminent personal and professional merits.

Affiliated honorary and advisory members do not pay any fee. They have no right to vote.

As stated in Art. 15 par. 3 of the statutes the Board of Directors can install study groups, task forces or advisory committees and entrust them with a specific task, study or investigation that falls into the scope of the organization’s objects.  They are unpaid but are entitled to reimbursement of expenses. For each group a chairperson and co-chair can be appointed. They meet at least once a year.  They formulate their advice to the Board of Directors.  After approval by the board these documents can be communicated to the active and affiliated members.

Their mandate expires with the termination of their task or project.

The tutorial Committee, which is permanent, follows some specific rules and is discussed under Title VI (see below).

Assignment of Congress organization to a member country:
The decision to organize a congress hosted by an affiliated national society member in good standing is made at least two years ahead by the EFCS council that elects a President-elect who, together with his/her national board, is responsible for the organization of an European Cytology Congress. The President’s mandate starts in the year that precedes the year in which the next European Cytology Congress is to be organized and stays in function until his/her replacement in the year preceding a new European Congress. (Art. 20 par. 2&3).

In the year that an international congress is organized in Europe, no EFCS sponsored European congress will be organized.

Presentation of Organizing Committee of the Congress, Assignment of Venue, Main Topics
The President-elect presents and submits to vote the local scientific organizing committee and the venue of the congress at the council meeting. This committee includes besides the President, at least a Secretary and a Treasurer.

At the same time the main congress topics are presented.

Final programme shall be announced on the Federation website and its official journal as well as in suitable national and international journals.

Financial agreements
The Organizers of an EFCS_European Cytology Congress engage themselves to contribute for at least €10.000 from the benefits to the EFCS vzw treasury.

Title V: Board of Directors

The Board of Directors has all powers that are not the exclusivity of the General Assembly as described in art.24 of the statutes.

Its tasks and the specific tasks and powers of the President, Secretary-General and Treasurer are described in the statutes Art 15, 16 & 17 and 25, 25 & 29

Board-related functions:
Editorial representative : represents the EFCS at the editorial board of the affiliated journal and cares for the own publications of the EFCS. The general secretary of the EFCS is ex officio member of the advisory board of Cytopathology

Webmaster: cares for design and updating of the official EFCS website

Nomination and Election of Directors
Appointment and dismissal of the Directors is described in art 13 & 14 of the statutes.

Elections are by simple majority.

The protocols for the tutorials are based on Art 3 of the statutes of the EFCS.

The decision to organize a tutorial hosted by an affiliated national society member in good standing is made by the council and agreed on by the national board and active members.  The host affiliated member society of the congress or tutorial shall be selected by Board of Directors and approved by the Annual General Meeting at least two years ahead. The budget of the tutorial shall be agreed on in advance as a mutual agreement between the Federation and the affiliated member society.

Programmes shall be announced on the federation website and its affiliated journal as well as in suitable national and international journals and websites.

The EFCS Tutorial Committee comprises a Chair, a Co-chair, members of the EFCS Board of Directors and chairs of local organizing committees of host member societies for the current, previous and following tutorial.

Conditions: Venues for tutorials will be chosen between attractive locations across Europe and some non-European countries. Dates will be chosen out of season to reduce costs.
The number of delegates per course should be about 50; composed of approximately 50% from the host country and with a ratio of approximately 50/50 between trainee and consultant cytopathologists and also 50/50 ratio between trainee and practising cytotechnologists. Local lecturers (advised are three local experts able to include cyto-histologic correlation) must be encouraged to participate along with visiting lecturers. A “keynote speaker” is selected by EFCS and local committee to provide a focus of attraction for each venue.

Programme: Tutorials will be residential for a period of 4 ½ working days and include about 1/3 gynaecological cytology both conventional and liquid based, and including terminology guidelines and Q.A.

Speakers will be invited to provide texts with references  for the handout of no more than 10 double sided A4 pages with limited number of images. Handouts will be available on the website to be downloaded (or printed out) by the participants before the tutorial.

Responsibilities of local organizers: negotiate a contract for a venue for the participants and a maximum of 10 lecturers or tutors, providing bed and breakfast and all facilities needed for  correct and up-to-date organized teaching , including microscopes, high quality projection facilities and double or multiple-head microscope sessions.
Lunch, coffee-break and refreshments should be included in the overall package; there will be separate rates for local delegates and lecturers that do not need full accommodation.

Responsabilities of local organizers include:

Responsibilities of EFCS: the EFCS will cover the hotel/venue and overnight accommodation of all delegates during their presence as needed for the tutorial and (economy class) travel and accommodation expenses of lecturers/tutors. This will be financed by tutorial registration fees and a grant from the EFCS.

The EFCS Tutorial Committee will fund a “wine and cheese” welcome reception for delegates and lecturers/tutors on the first evening of the tutorial.

Sharing of  financial  risks and benefits of the tutorial are dominated by local national legal or governmental stipulations.

Registration: will be carried out through the EFCS website.

Budget: the budget will be discussed and agreed between the local organizing committee and the EFCS before the registration fee is set; the accounts will be audited by the EFCS accountants and presented at the next Annual General Meeting.