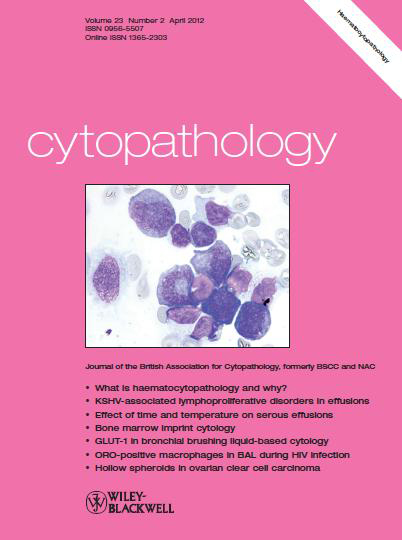 A review article by Lobo et al. has been selected as Editor’s choice for free access during April and May because it deals with a type of specimen familiar to most cytopathologists (serous fluid) and covers all aspects of a rare group of conditions caused by Kaposi sarcoma-associated herpesvirus: aetiology, clinical findings, cytomorhology, immunocytochemistry and molecular biology.  This article forms part of the April issue’s theme of ‘haematocytopathology’ dealing with the overlap between cytopathology and haematology.  Professor Zeppa discusses this overlap in his editorial, while Gong et al. demonstrate the importance of bone marrow imprints of trephine biopsies – among other articles and letters on the same theme.