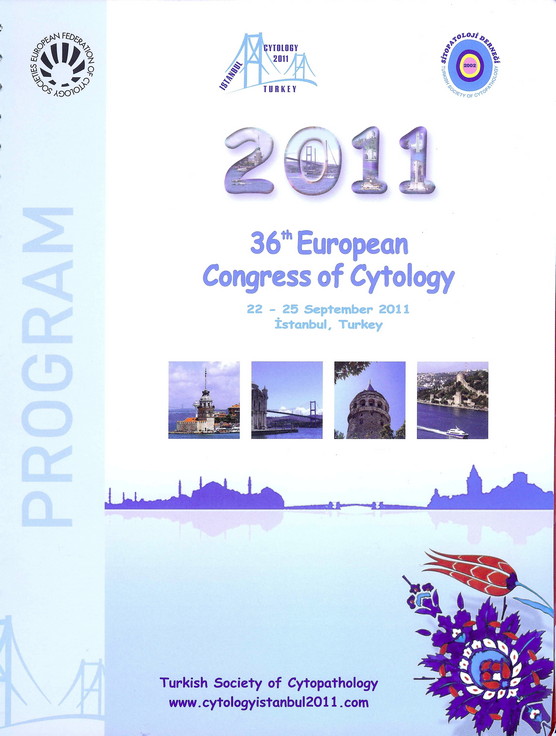 Following 4 years of hard work,  the organizing team of the congress feel rewarded with wonderful feedbacks from most participants as seen on their evaluation forms in the attached Tables. We aimed  to  gather the cytopathology experts and ‘cell lovers’ as well as the distinguished scientists, at a good congress and the feedbacks made us feel confident that the event met the expectations . We also appreciate our twenty sponsor companies allowing us making profit and giving our donation to EFCS; without them it would have been quite difficult to manage such a wide range event. All contributions from session chairs, speakers, participants, sponsors and organizers were essential in achieving the remarkable success of the congress, thank you all folks!

We  had a large number of subscriptions, thanks to the policy of low registration fees, which allowed many including young colleagues to join the event.We had 904 participants coming from 61 countries over the 5 continents. The top countries with more attendees were Germany, Holland, France, Croatia and Greece. It was interesting to have attendees also from Asian countries such as China, Singapore, Taiwan, South Korea, Georgia, Azerbaijan, Kazakhstan and Iran. USA was among the top ten countries. This displays that, with a comprehensive scientific program, European congresses are able to attract colleagues from all over the world.
The scientific program was composed of microscopic workshops (18), slide seminars (12), symposia (10), satellite symposia (7), plenary sessions (4), free paper communications (4),
poster sessions (2) and keynote lecture.  We received the outstanding number of abstracts, being 444 accepted  (45 free papers, 399 posters) and published in a special issue of Journal Cytopathology. The international scientific committee made a meticulous job reviewing the abstracts and choosing the best for the prizes. Three rewards of  one 1000 euro and two 500 euros , were assigned to the best oral communications.

Some highlights of the congress whichdeserve mention were;
Several satellite symposia, organized by the International Academy of Cytology (IAC), by the ‘Papanicolaou’ Society (PSC), by the American Society of Cytology (ASC), by the cytopathology working group of the European Society of Pathology (ESP), by the Japanese Society of Clinical Cytology (JSCC) and by the Latin American Cytology Society (SLAC), jointly with the European Federation of Cytology Societies  reflected  the reviews of state-of-the-art practices.
The plenary sessions on ‘real- world experiences in cervical cancer prevention’ and  ‘digital cytopathology’ enriched the Congress giving it a higher tone.
The guidelines for screening cervical cancer including  HPV were discussed by mentors and in a pre-congress meeting, different strategies among the Mediterranean countries were presented  by experts which became a tradition at ECC ‘s.
A separate symposium was entirely dedicated to and managed by cytotechnologists (by EACC), integral team members and close  friends of pathologists in daily routine. Similarly, “training in cytopathology” was discussed at global scale by intercontinental strategies, at another session. 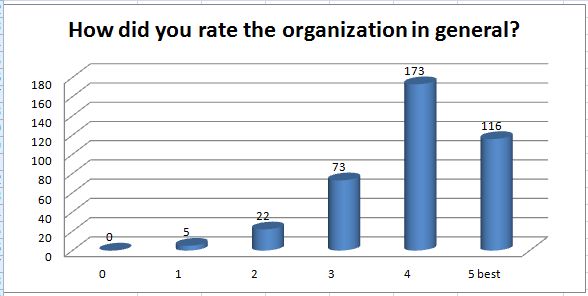 The Bethesda Reporting for Thyroid FNA was discussed together with our American colleagues at several sessions, and these interactions might lead the European cytopathologists to propose the adoption of a standard terminology in Europe.
Forensic Cytopathology and Veterinary Cytopathology sessions were aiming to point out the novel application areas of cytopathology. We hope that these sessions become tradition in our ECC meetings.
Renowned specialists extensively discussed application of molecular techniques in the routine of cytology along the congress.
Some sessions were felt special as the Bosphorus session with the value and taste of experience in cytopathology.
All the Workshops and Slide Seminars were widely appreciated for their practical implications        on the most controversial diagnostic issues which are commonly faced in daily routine.
Free papers (45) and posters (399), were of relevant scientific interest.  One of  the  targets of this congress was to encourage the joining of young people; we had a symposia ‘how to write  an article’, a videomicroscopy tutorial and an interactive slide seminar just for residents and thanks to their enthusiasm.
‘Residents puzzles’, the session of the contest with scientific &cultural questions showed the superiority of ‘learning with fun’ which was the aim of the congress like in the  Lisbon ECC.
We closed the congress with an outstanding conference titled “new frontiers  and evolving  paradigms in cancer cytopathology”  displaying us ‘Cytology and Science are marching together’  in the new millenium.

The Congress also hosted different collateral scientific events such as the IAC Members Council, the EFCS Assembly, the EFCS-QUATE Meeting, the EACC Meeting and the Advisory Board Meetings of the journals Cytopathology, Diagnostic Cytopathology and Cytojournal. IAC Board exam was organized for both cytopathologists and cytotechnologists and 15 attendees sat for the exam contributing for the harmonization of the cytopathology globally.

Congress scientific environment took place in the heart of beautiful Istanbul. Congress venue was the Harbiye Museum and Culture center which is one of the leading museums of its kind in the world and has a history since 15th century.
At the concert night, classical Turkish& Anatolian melodies were performed both with local and international instruments within the impressive atmosphere of  Hagia Irene ( Aya Irini), former eastern Orthodox church,current monumental museum heritage by Turkish Ministry of Culture, located in the courtyard of Topkapı Palace.
At Gala dinner on the Bosphorous cruise, sounds of the waves of the bosphorus  along by music  touched in souls as excellent moments of friendship and fun.

The ‘first day Filateli stamps’  printed in the honour of Istanbul congress will contribute making  the congress and EFCS as a part of  thematic stamp collections. We even had a congress photo book of colorful pictures of the 36th ECC ! Dr. Mathilde Boon was kind enough to sent us a complimentary copy.

In the Turkish-English pocket dictionary distributed to all participants, you could find the words ‘hospitality, konukseverlik ‘ and  ‘loyalty, vefa’ mean much more than what they are written in a dictionary…Now, we are sure our ‘expanded European cytology family’ can feel that.

Fernando Schmitt, secretary -treasurer of the IAC “… In my name and on behalf of IAC, I would like to congratulate you and all members of the Turkish Society of Cytology and Turkish Federation of Pathology Societies for the wonderful job. The congress was very well organized and had a high scientific standard. It was a pleasure to be in Istanbul and have the contact with the vibrant community of Turkish cytopathologists and pathologists. Congratulations to all!”

Philippe Vielh, general secretary of the EFCS  “Let me congratulate you all for the wonderful meeting you organized from a scientific point of view as well as from a cultural one. I am delighted to see how well structured is your society with pathologists of various ages including the youngest. Thanks again for everything ”.
Robert Yoshiyuki Osamura, vice-president of the IAC “… Congratulations on your very successful Congress”.
Ritu Nayar, Chair, Continuing Education and  Quality Assurance Committee  of the IAC , “…Congratulations on a wonderful congress. You did an outstanding job. Thank you for inviting us and taking such good care of everyone”.

Martin Toetsch, treasurer of the EFCS “there is not much left to say. I want to thank you all for your hospitality and efforts made to make this congress a wonderful event and a success on personal and scientific level as well.  In my eyes, Turkish Society of Cytology and Turkish Federation of Pathology Societies have demonstrated very well what must be the future for our profession in Europe, that cytopathologists and pathologists belong together”.

Amanda Herbert, editor of Cytopathology “….the congress was terrific,very well organised, and good from the scientific as well as social point of view. The Bosphorus cruise was great!  Thank you so much for giving us such a good time, ours were a ‘drop in the ocean’ of our appreciation!”
Beatrix Cochand-Priollet, member of  the EFCS task force “…the organization was great and I have heard many colleagues from diffferent countries being enthusiastic. It was scientifically high levelled and the atmosphere was quiet and warm. I am sure you will receive thousands mails like this one; so it is not original; but it is the truth ! Many thanks for your great job”.
Mansour Mehzad, the president of Iranian Society of Clinical Cytology, “…Congratulation for success in helding such a splendid meeting in Istanbul.Thank you very much for your warm hospitality and kind people of beautiful Istanbul. Every thing was good for us in Istanbul, the registration desk , welcome reception in Harbiye, night of concert, gala-dinner and every other thing. The conferences were well organized and of high quality. We won’t forget Istanbul”.

Of many other messages, I was particularly impressed by  the one by  Gabrijela Kocjan “2011 would not have been the same without Istanbul congress  and the wonderful time we had there. Thank you again”.
The organizing committee and myself would like to say  ‘teşekkürler , thank YOU’ all  for believing in us and coming to Istanbul. We have been delighted to host you at our congress.

Find the entire set of pictures (more than 1200 photos) in the official web site of the Congress here.